So, two weeks ago I started this post. It was going to be high-minded, semi-whiny piece on being the first born which started writing itself in my head after I read this article on the firstborn having it tough (when I saw the article, "Duh!" was the only thing that came to mind). I am not going to lie, I agree. There are things my younger siblings got away with that my mother would have killed me for. Also, I feel like I had to work a lot more—around the house, at the family business, whatever.

I think it also set me on a sleep-deprived quest for Perfection—or whatever I thought it was supposed to be. Sadly, that quest ended in tears and suicide attempts and hatred of oneself, which lead, thankfully, to self-awakening, self-love, and forgiveness (and B's massive embarrassment at my being uniquely myself pretty much all the time). In this post, the blogger kind of describes how I felt in trying to achieve "greatness," but feeling like a failure time and again because of that elusive end goal. Many times, I wanted to unplug and run free. Then someone else was chosen to run free, and it hurt that it wasn't me. Down the road, it is bittersweet when birthdays pass by (Happy Birthday, Nate).

But being the eldest (not quite, but long story) has had it's perks, which is something I have realized from the last couple of posts by the Mormon Foodie. I have a few more pictures than the younger Roos. I was read to a lot more. I sang with Mom in the car (there weren't cars with TVs with VCR/DVDs back then) which maybe lead me to be a better singer. Mom had a little more time to play with my hair (a practice which still is the easiest way to relax me). And I learned to cook and love it—okay, to love food in general.

Maybe it was just making the mac & cheese (with hot dogs!) that a few babysitters thought was our only food source. Maybe it was inventing bologna boats with Nathan, and realizing if you used the right plate, the bologna (for 30 seconds - 1 minute in the microwave) would curl up into a bowl shape, perfect for cradling hot melted cheese. Or adding the bread underneath to soak up all the grease (I know—ew, but oh so good). Maybe it was Thursday nights having pancakes and eggs, our plates set on towels in front of the TV while Dad was at High Council (back then, having food in the family room was usually verboten). Or making fried jelly sandwiches in a cast iron skillet over a campfire at girls camp.

I envied Nate his hand for inventing perfect variations of quesedillas. I perfected an alfredo sauce that is still creamy and good cold from the fridge the next day. My spinach gnocchi is divine. Also, I am kind of proud of my "Chips!" especially after my version of the recipe was emailed out to an entire Brazilian family, informing them they have made chocolate chip cookies wrong their entire lives (not by me). I may have rubbed my love of food into my hair with my first spaghettios (one of my first solid foods).

As the youngest of our clan graduates at the end of next week, it is interesting to ponder the difference our birth order has made in our lives. I am kind of glad to be first, though I will agree with the msn article at the beginning, we firstborns did have it more rough, but it has made me tougher and more me. And who wouldn't want to be that?!?

See, much less whiny than the original post was going to be; also, anything that talks about food is pretty awesome!
Posted by tkangaroo at 10:00 PM

Hey! I've been meaning to ask you for your alfredo recipe--mmmm. Also, do you have plans set yet for your visit to WI? We're excited to see you (hopefully)!

I remember your ACT ordeal, and thought you were nuts, because you thought that a 31 "wasn't good enough" ...*cough*nutjob*cough*

And, I am truly sorry if I have ever not been there for you or failed you as a friend. I know that I was emotionally not there for you when Nate passed, and I have felt bad about that for a long time. So, please accept this as a very public apology. *hugs*

PS. OBVIOUSLY all this just comes from the fact that one night you swapped chores with Nate, and therefore eternally earned the label of REBEL!!!!!! HA

As an oldest, I must agree there is some minor cursing going on. I heard a piece on NPR ages ago about how our birth position affects our life. They then proceeded to caricature ME bossing around my brothers. Argh! So true. 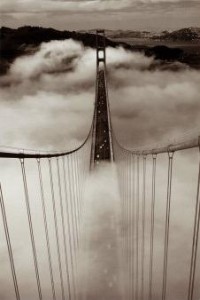